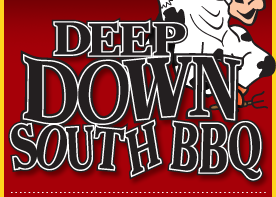 The BBQ is smokin' and the crabs are crackin' 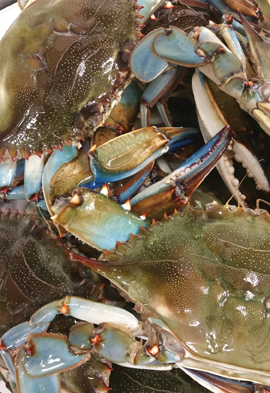 Deep Down South BBQ, mouth watering, jaw dropping BBQ. Home of the Fried Garlic Blue Crabs. BBQ along with Seafood eaters near and far come to taste the Southern cuisine that everyone craves for. Specializing in a Ribs, Carolina Pulled Pork, and Apple Smoked Chicken separates us from the normal BBQ establishment. We're nestled on Fowler Avenue near the Hanson intersection in Fort Myers, Florida. We're a 48 foot Concession Unit, one which most call the "Big Red Bus", with all the bells and whistles. Our menu has a variety of desserts as well, including Luscious Red Velvet Cake, Sweet Potato Pie, and the famous Banana Pudding.

We take pride in our food and service being rated three to four stars and have been featured in Jean Labeouf Ft. Myers News-Press, as well as Fine dinning for BBQ and our pillowy Cornbread that's like no other. Food critics from Georgia, New York, and Ft. Lauderdale and Miami have listed us with some of the top BBQ restaurants of all time. Our chefs go beyond the normal on every dish. We believe in technique and procedures that makes us consistent.

Coming from Johnson and Wales and USMA Culinary Academy, proves that discipline cooking proves to be its best to our customers. Over 30 years of cooking experience supports a lot of knowledge and know how, no matter if it's a rack of ribs or a whole Hog. Creativeness is what launched our Fried Garlic Crabs producing our own fusion Garlic Oil that just give it's Louisiana Garlic Aroma. Stop in and experience real authentic BBQ and Seafood. Follow your nose and fill your appetite with Deep Down South BBQ.